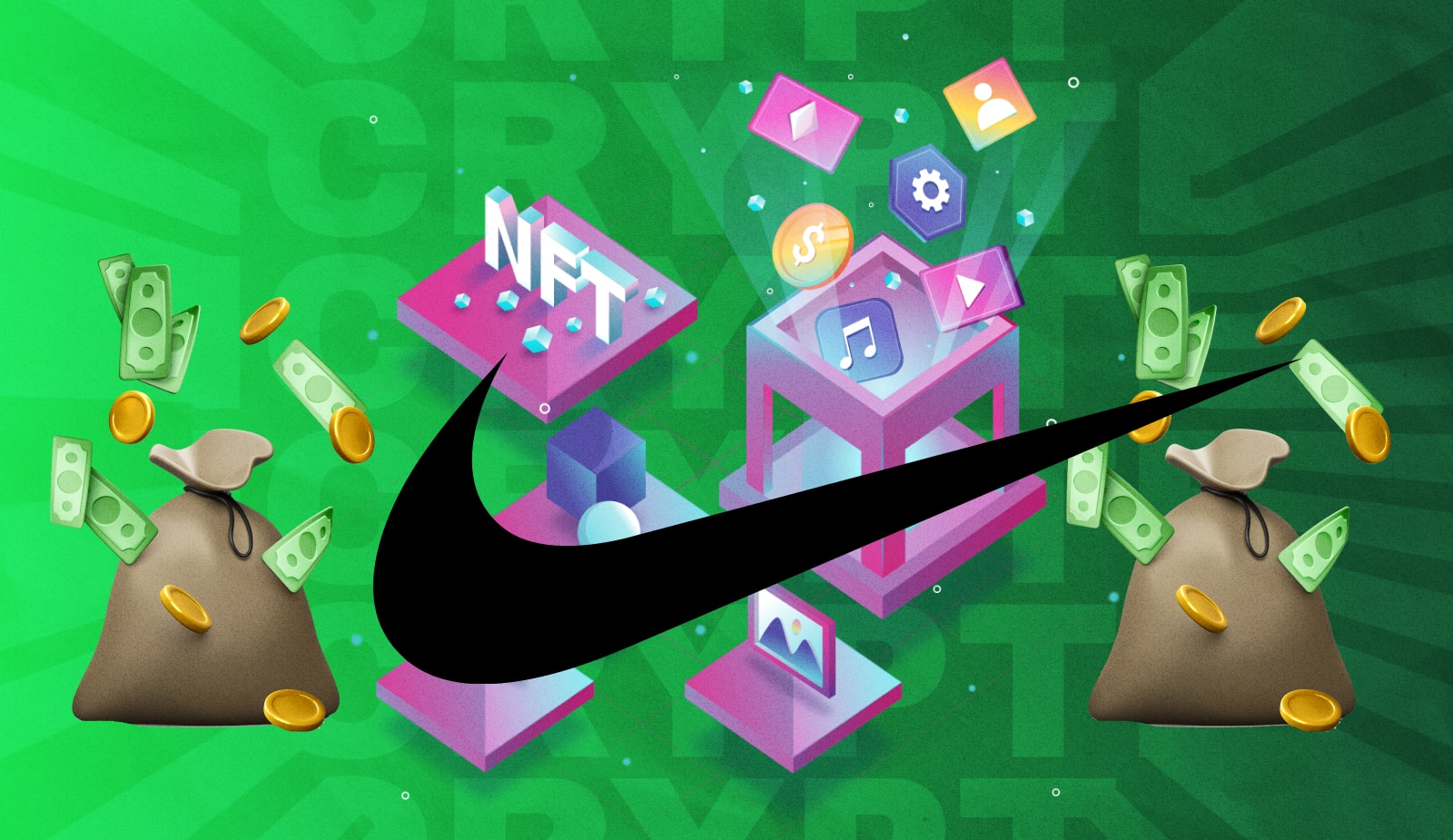 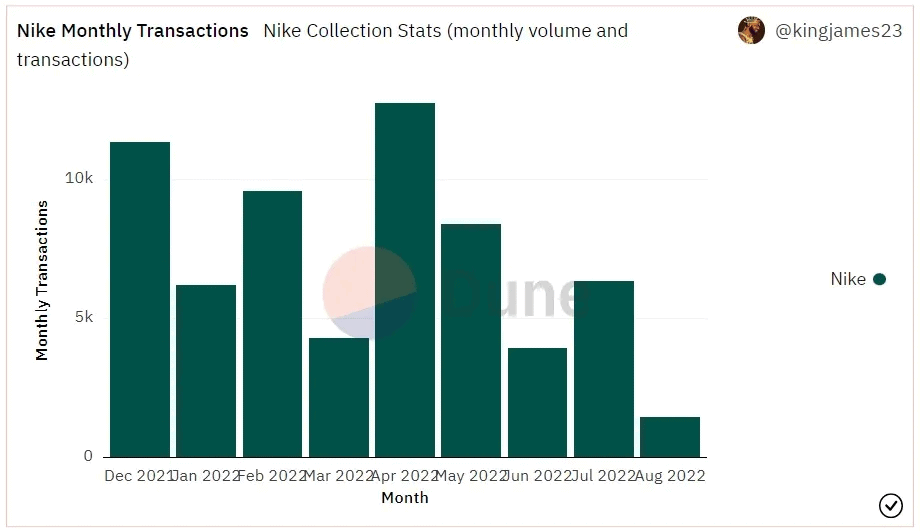 NFT projects brought Nike $111 million in revenue. According to Dune Analytics, the company has amassed almost $1.3 billion in transactions from secondary sales. This increased initial sales by $93 million, and also brought in $43 million in royalties. Such indicators make Nike the leader among companies that use this type of marketing.

The CloneX collection showed the highest license fees (05,56 million). It is followed by the NFT MNLTH collection – it brought the sports brand ,12 million By the way, after the resounding success of CloneX, the company Nike acquired the creators of the collection, studio RTFKT.

Now, due to the market downturn, the number of Nike NFT transactions has slowed down significantly. However, in July they managed to reach a volume of 6 340 ETH.

The list of successful cases also includes projects from Dolce & Gabbana (08,6 million), Tiffany (,6 million), Gucci (, 5 million), Budweiser, Adidas, Time Magazine, etc. But their performance is several times lower than that of Nike. This suggests that buying an NFT provider has a better effect than temporary partnerships.

The market downturn caused problems for the GameStop NFT marketplace. Their income fell below $4 thousand, and in a month the number of accounts decreased by ,39.